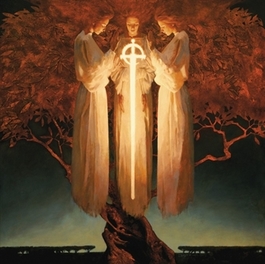 J Kirk Richards - "Cherubim and Flaming Sword"
For God to be good there has to be an end to pain, an end to suffering - a lasting experience of love and peace. In the absence of love and peace we lose hope and doubt His existence. We doubt the very existence of divine order. But Christ is the fulfillment of God's promise. In Christ we have the promise of vindication. In Christ we have the resolution of all apparent negation to the supremacy of good over evil.

If we can silence our own slanderous vanity long enough we are able to hear the voice of God. And doubt is a form of vanity. Fear is a form of vanity. Trust requires stepping outside of one's own limitation. Wanting God and reaching for God means looking your fear and your pain dead in the face and standing firm, knowing that He is in control. And He has promised vindication. We have seen God's vindication in the resurrection of His son. We are encouraged to follow.

And God has been honest; in Christ He demonstrates His acknowledgement that it's going to hurt like hell. Denying loved ones, slaying serpents, controlling base desires... we are constantly tried and tested. For God to be just, there must be a reason and a destination worthy of such suffering. The destination is oneness with Him. If we are made in His image we must have the freedom of choice. This is the crux non-believers find as an impasse - God is all powerful yet He allows our suffering. He is all goodness and mercy yet He allows warfare and death. It would be better to say that "we" allow our suffering, "we" allow warfare, "we" allow death... by committing sins and ignoring His guidance. God was not pleased when Cain killed Abel. God was not pleased when Eve ate forbidden fruit. But, He didn't step in and put up His proverbial hand and prevent the acts either. He corrects missteps... we grow, we mature, we inherit. 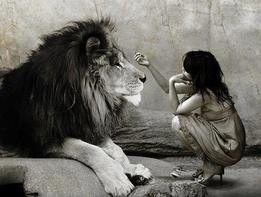 If you want God, it's going to hurt. How much more powerful is God? How pure? How righteous? How correct is God? His radiance is blinding though it gives sight. His voice is deafening though it begs listening. His touch burns to the core though it heals all.

Meeting God means all your falsehood, all your uncleanness, all your selfishness and all your low thoughts get eclipsed.... eradicated. You get renewed, reborn, resurrected. You get silenced by His grace, by His power, by His mercy, by His very presence and by His correction. You get humbled at seeing all you didn't see and at knowing all you didn't know. God flays you. Do not seek God if you can't deal with the pain of being met by Him. Do not seek God if you cant handle the full all-engulfing light of His truth. It is that all-engulfing light which holds our vindication. But you have to seek it to receive it. You have to want it, more than anything. 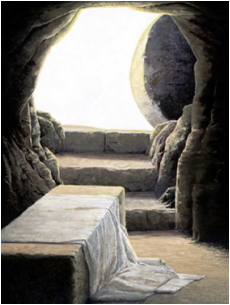 Doubt and fear causes us to get stuck in the transition points. We get stuck in the bleak possibility of death and purposelessness. But Christ is "the way, the truth and the life." Literally. He has promised what He has promised. The innocent at heart need no convincing. Our destiny is to serve the throne of God and to merge as one body in Him. All suffering and all pain are all just the proving ground of our devotion. Because God is good, the Son of Man leads the way to redemption. There is a way - and there is a Kingdom at hand. It is as if dwelling in a living sea of unending and ineffable love.

Simply Put
​Death is the great equalizer. No matter your rank or status, no matter your profession or financial worth... death looms. It reminds us to be brothers or sisters of equal worth in congregation, no matter how the world ascribes value to our individual personas.

Death is an allegory for how we should live. By assimilating it and using it to walk in goodness, without selfishness or meanness, we inherit the Kingdom. Some people reason that since we're going to die anyway, they should live without morality and enjoy it while it lasts. They ultimately suffer in their own self-fulfilling prophecy. God teaches us it is the opposite - live with morality, help to end the suffering of others through service and self-sacrifice and reap everlasting life. Many see this is a catch 22, doubting the veracity of everlasting life. Faith knows differently, intuitively, and will ultimately enjoy the proof.