Mystic Union with the All Though Vibratory Resonance 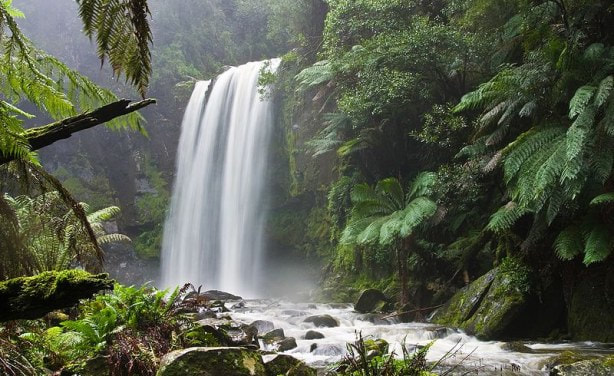 Aauat Hator... Lightning truth of illumination via the Causal Waters of Mother. We will break down the sounds, syllables and meanings of Aauat Hator..​.

Aauaat denotes (is) causal oneness: all-ness. The sound Aau (i.e. All) is the mantra of total liberation, oneness with source, associated with the Sahasrara chakra at the crown of the head.

Uat denotes the One as feminine, that which is, that which abides. Uat is also the sound known as water. In ancient Egypt Uati signified the Mother of All. 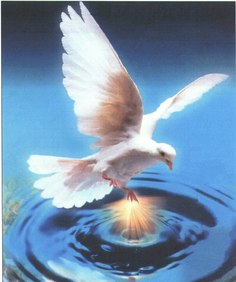 Haatoor (Ha-tor) denotes enlightened illumination-- Epiphany; That spark of lightning truth which anoints... that empowered breath or life force. Ha relates to breath/prana, while the T denotes "that which is/that which abides."  In Hebrew, "Tor" means turtledove or lightning. Tara (as in Mother Goddess Tara, the savoiress) denotes "star." Suns and stars are composed of glowing gases (breath). Breath, as life force, sustains creation. Hatha yoga is the spiritual practice of deliberate effort which uses breath control, yogic asanas, and more to achieve samadhi-- oneness. Oneness denotes union with or absorption in ultimate reality. 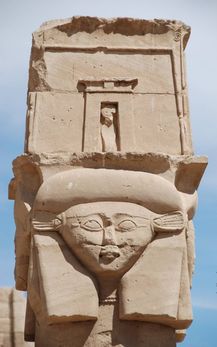 Hator as cow headed, housing the serpent with ureaus crown
​Hathor (Het-Heru) is known as the house of Heru. She births him. She is the house of stars, the house of the sun, the breath which carries (and is) the life force. She births illumination, bestowing enlightenment. 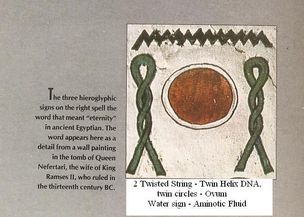 ​Heh is eternity... unending, winding as the DNA strands. Ha-tor is the star Mother within our DNA. Does water not rise in evaporation as gas? Through riding and controlling the current of breath... one realizes oneness.

Aauat is the repository of all sound. Harmony, melodious peace and love emanate from Aauat. Music is a way, therefore. Neter (NTR) denotes the utterance of speech, of sound. God is that utterance of sound.. that creation, that vibration. The N of NTR denotes vibratory waters... that which is uttered. Uata denotes  oneness manifest as fluid. WTR is the Egyptian word for musical chord (*1). Water is our mother. We come from the sea of unstruck sound which through utterance becomes form. Through desire and resonance we float, adrift, through the universes of our making. Attune to your own causal sounds. Listen for those mantras and sound them. Mother of the Waters is calling us to create a reality of oneness and love.

M is our mother, who comes as a dove. Ma, Mami, Mother--the world over this "M" is known as the root. This sound relates to unification with source.

​We were called from the sea to the land. But even the land is in Her sea. And it is not a "Her" as we know it, but an all encompassing womb. It is a fertile, depthless source of All-nes. At the moment of realization we begin the journey back. The journey to ourselves in Truth.

Samsaar distracts us with delusions, illusions of separateness... but we are one. That same One. What we think and feel determines our frequency, drawing unto us that which is in keeping ​with our vibration. Like is acceptable unto like.  ​

"Men are attracted to your woman's spirituality, your closeness to and ability to manifest god. You must manifest god, you must make the offerings." 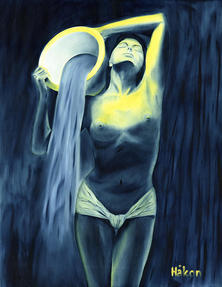 Women are the water bearers of this age, and of all ages. Your womb is the portal of divinity. You yourself are divine. With ease you dream truth, hear truth, see truth and know truth. You align yourself with truth and walk as truth.

Go to the waters. Cleanse. Chant the sounds Mother gives you. Phase out of any false experiences or relations. Only truth abides. 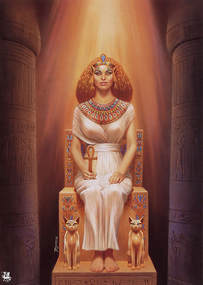 Cow goddess, cat goddess, water goddess... we are she. Risen serpent. Never ending crown. We are sound. In a sea of silence... we sing. Despite cacophonous noise.. we sing. We make music to maintain our frequency.

Aauat. There is only one sea. We are she.
Satya Aauat
For previous writings on Neter, sound and the feminine path to gnosis see: Path of the Water Bearers
1/10/18