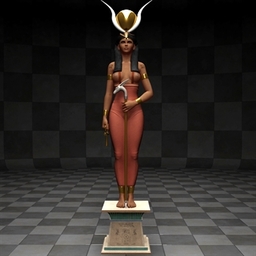 Courtesy: Yurdigital
There is a femininity to be exalted - one which engages in the opposite of self-exaltation. Ultra femininity is receptive and would even appear self abasing before projecting outward in any manner which would take away from the glory of God. Such a female defers naturally to anointed leadership. Her devotion is a signpost pointing to worthy headship.

There are no idols here. The symbols of her function - alabaster jar, fertile cow, veil, revealed breasts and so on - all represent a tangible truth which she lives unashamedly. She is submissive to the high priest of her home. This is the fruit of Christ's teachings.

Such femininity is predicated on exalted masculinity - a masculinity which has answered the call to headship under God and which is wholly worthy of a female's submission. It is not that females should submit to all men. The value in this path is that it ascribes a standard of spiritually and socially conscientious manhood. The feminist would argue for equality between male and female in union and such equality does exist here as utter co-dependency in its purest form. Female submission is entirely dependent on worthy male headship. Male headship is wholly predicated on there being a willing follower to lead. Our roles are not equal but ours is a mutual need. The path of Christ calls us to be humble enough to accept that need and carry our respective crosses to fulfill our shared purpose. 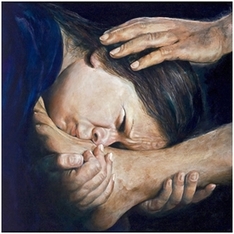 There is a great responsibility that comes with accepting the call as head of a household. And there is a most natural respect that wells up in the heart of the wife or children of such a man of God. His leadership is a safe place that allows a complete trust which follows adoringly. His provision, protection and wise counsel earn him honor.

The truth of this place, this life, is served in exalted mystic union. It points to the loftiest of ideals, yes... and demonstrates that these ideals are attainable. Beyond symbols and idols... we can know God/Goddess. We can live in His/Her image and in service to His/Her plan enjoying the fruit eternally. 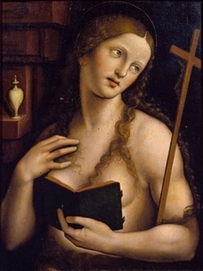 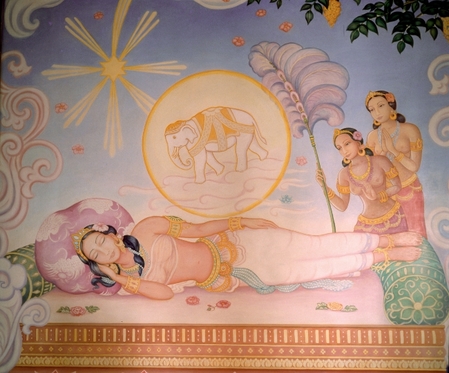 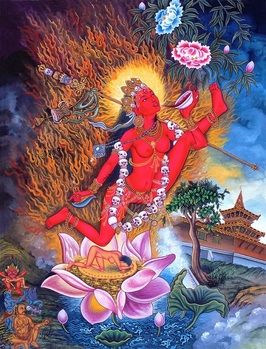 And then we reach the threshold of the dakini, the tantrika, the mamaissi, the maharani. Known by many names, she is submissive to the Truth and yet often wrathful in her manifestation of it. An expression of Shakti, Devi, Neterit, Ma -- she herself garners exaltation in full worthiness, in her pointing to this Truth.

Such a woman as this is adored by her Beloved and elevated above him that she may exhibit the gifts which are their shared purpose. This state is beyond the stain of ego and self-interest, for both. It is beyond feminism and chauvinism as crude dogmatism.
​King and Queen, they dance the sky and feed the world with their love.
{5/2016)
"I have eaten them..."
{bubbles with laughter}

6/2016
Exalt-able femininity first exalts itself. Self-worth is generated through self-love. Only then can exaltation by others have merit. Ecstasy is a woman's natural state... before social or religious fetters obstruct that view.
​
​ In loving herself -fully- she can create/birth/manifest with the very ecstasy of the Creator herself. 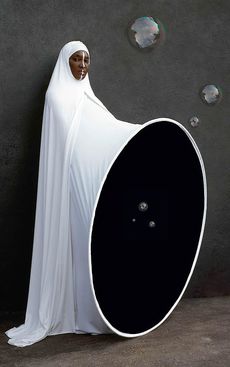